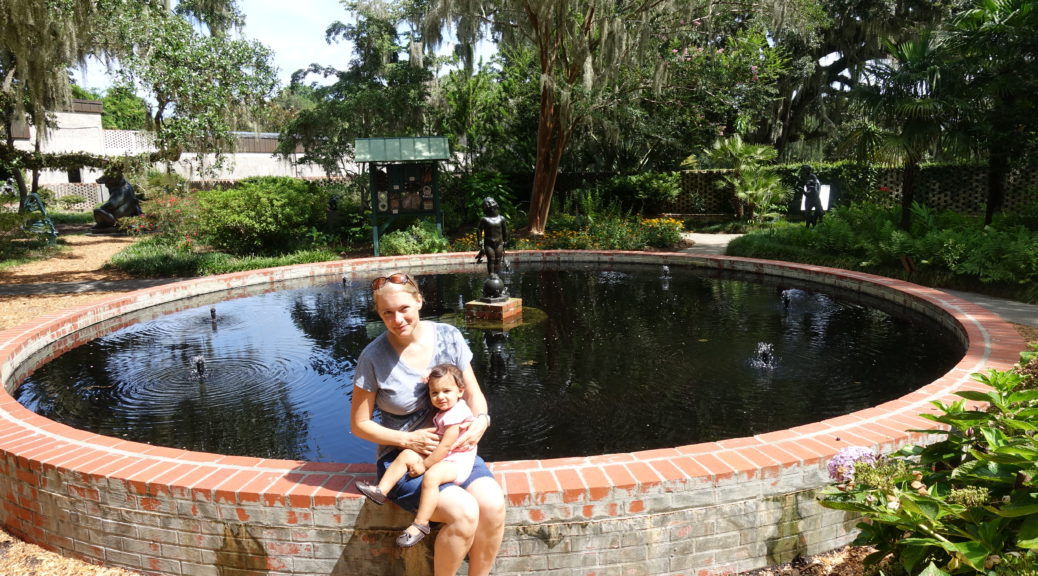 Dahlia celebrated her first birthday on August 10th. The prior weekend, we were surrounded by family at Brookgreen Gardens in South Carolina. The signature image of this blog post is a recreation of a photo we took when Megan was still pregnant: Dahlia and Megan in front of “Frog Baby”. This time, Dahlia is sitting next to Megan instead of being in the womb.

We are getting very comfortable in Maryland. Even though we haven’t spent much time exploring the DC area, we love what we have seen so far. It’s perfect for Dahlia’s early development because of all the available services for new parents. As we start thinking about where to live, it’s no longer a question of which state we will live in; we just need to figure out which part of Maryland is right for us. Our time here has been in Urbana so far which is 30 minutes to an hour away from work.

We have a few trips planned for the rest of the year. Megan and Dahlia are on a short trip to Florida right now. We will be heading to Seattle for a wedding in September. Megan and Dahlia will be in Texas in October. We may head to Michigan for Thanksgiving. We will probably go back to South Carolina in December for Christmas.

Being close to the capital during an election season is very interesting.  With Dahlia here, I definitely see how having a child can adjust the way parents perceive various issues.  How the economy performs is directly connected to how we can pay for her education. The way people talk about immigration and other hot topics makes me wonder about the world she will grow up in.  Will there still be an American dream like the one that brought my parents to this country or will there be a giant wall?

This site uses Akismet to reduce spam. Learn how your comment data is processed.